In 2018, UMH announced the first annual peer to peer employee recognition program to honor and acknowledge excellence at work. This year, the decision was made to open the nominations to teams and departments as well as individuals. The award recipients in 2019 were employees who embody the mission, vision, and values of UMH, produce quality work, and consistently display characteristics valued and appreciated by their fellow employees and the residents we serve.

Congratulations to our 2019 Pillar Award Recipients: 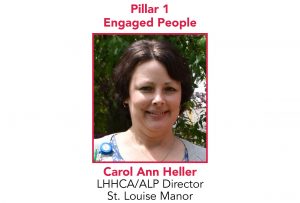 Pillar One – Engaged People – Employees who have inspired and influenced their peers, embraced change, exhibit leadership qualities and communicate well with other employees and departments. 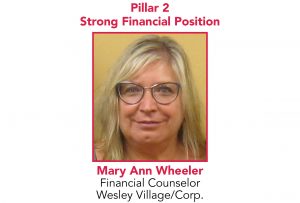 Pillar Two – Strong Financial Position – Employees who have significantly contributed to help the organization, their campus, community or department meet financial goals in areas such as improving revenue, or implementing cost-saving measures. 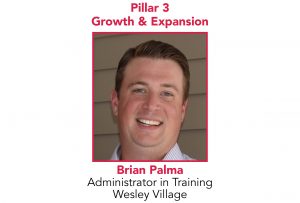 Pillar Three – Growth & Expansion – Employees who have suggested a new idea or implemented a new process that has expanded or created new/additional services. 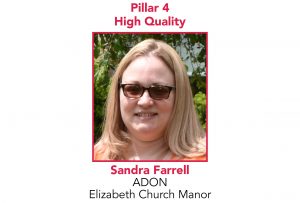 Four – High Quality – Employees who have suggested a new idea or implemented a new process that improved a quality outcome. 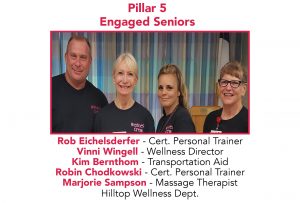 Pillar Five – Engaged Seniors – Employees who have continually enhanced resident engagement, have suggested or implemented programs that offer more choices in areas such as dining, wellness, recreation, and support initiatives to measure success.