United Methodist Homes is a faith-based nonprofit organization, founded in 1958, that operates two multi-level senior living communities in the Greater Binghamton region of New York, a continuing care retirement community in the Scranton/Wilkes-Barre region of Pennsylvania, and a personal care campus in Tunkhannock, PA. UMH serves more than 1,100 residents at its four sites and has more than 1,000 employees.

The vision of United Methodist Homes is to be the provider of choice in lifestyle options for seniors.

We believe an effective model of health care delivery reflects these core values:

We opened our doors in 1958 in Scranton, Pennsylvania, thanks to the leadership of Reverend Harry E. Brooks and others who saw local seniors in need of sound housing and served them by funding the purchase of a home for 16 residents.

Originally formed as The Methodist Homes for the Aged of the Wyoming Conference in 1951 when annual funds were first set aside, the balance grew sufficiently to enable the purchase and operation of that first home. 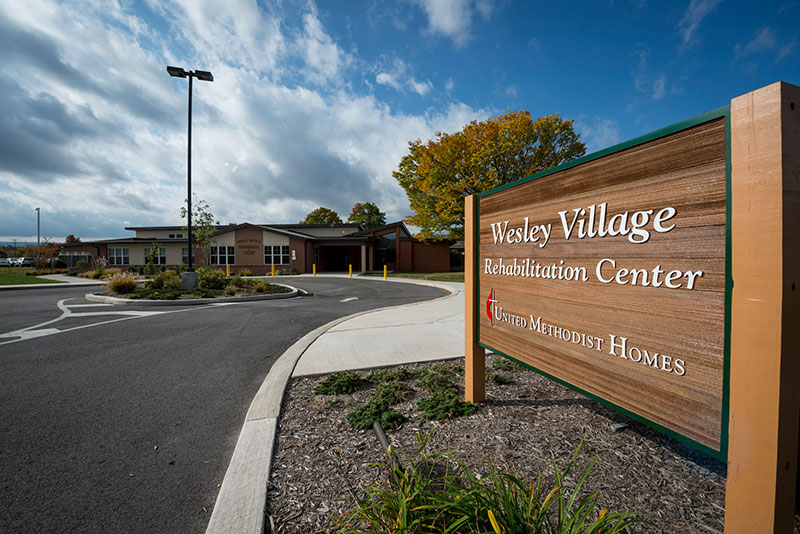 In 1975 the Scranton/Wilkes-Barre Development Committee was formed, comprising clergy and lay members of the Scranton and Wilkes-Barre Districts of the United Methodist Church and other community representatives. It became the Local Development Committee (LDC) in 1976. That year the LDC secured a 40-year Farmers Home Administration loan to build a new, full-continuum senior living facility, to be known as Wesley Village.

Today our Wesley Village campus – designated a continuing care retirement community by the Commonwealth of Pennsylvania in 2005 – serves more than 400 residents and covers nearly 100 acres in Pittston, PA, located between Scranton and Wilkes-Barre.

The two New York campuses – Elizabeth Church in Binghamton, opened in 1963, and Hilltop in Johnson City, opened in 1974 – also are continuing care retirement communities that serve roughly 200 and 400 residents respectively. In addition, a personal care campus in Tunkhannock, PA serves about 40 residents. It opened in 1969 and was formerly known as Methodist Manor.

You care. We care. Let's talk.